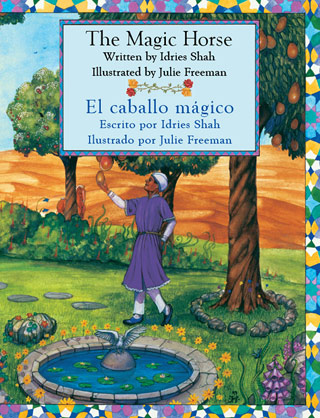 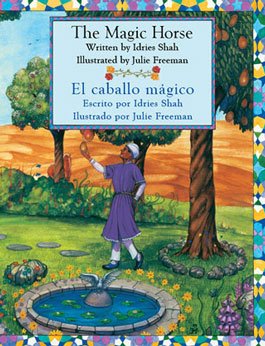 An ancient tale in the tradition of The Arabian Nights, The Magic Horse follows the wondrous adventures of young Prince Tambal. Considered a dreamer in comparison to his brother, Tambal becomes intrigued by a wooden horse that is dismissed by others as a mere plaything, but is really a finely carved magical horse. Prince Tambal disappears on the magic horse and has many exciting adventures before he finally obtains his heart’s desire and can return home.

Beautiful illustrations by Julie Freeman capture the magic of this tale. The images and the text are inset in rich borders of oriental patterns.

“The tale of the two brothers and their journeys is illustrated with jewel-toned, delicate paintings featuring the costumes, tools, buildings, and animals of the Moslem East. … The two brothers do not represent good and evil as happens so often in Western tales, but instead merely the choice of two different paths.” —School Library Journal

“… one of the hundreds of Sufi tales collected by Idries Shah from eastern oral and written literature. … beautifully illustrated by Julie Freeman, who perfectly captures the magic of this ancient Sufi folk tale.” —Midwest Book Review 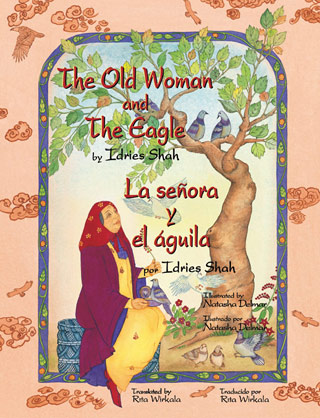 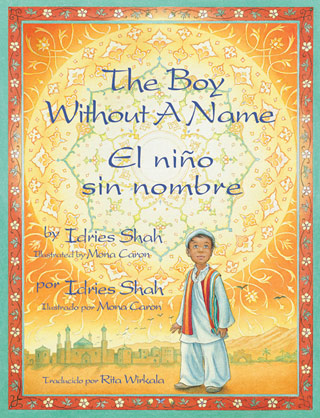 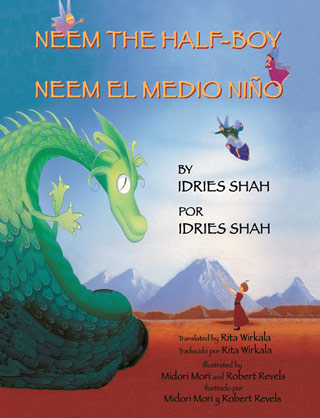 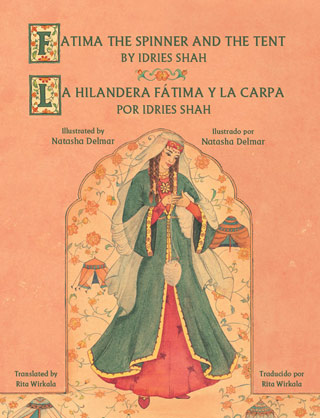